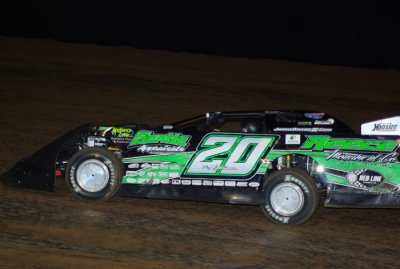 Owens led all 50 laps and was in control for most of the event. He was challenged by Pearson midway through the race and by Wall in the waning laps. Wall managed to close to within a car length of the leader when he bobbled on the white flag lap, but Owens recovered to fight off the challenge.