Information provided by: Series and track reports (last updated May 31, 5:54 am)
Payne's $10,000 victory at Taz richest of career
Toyota Knoxville 50 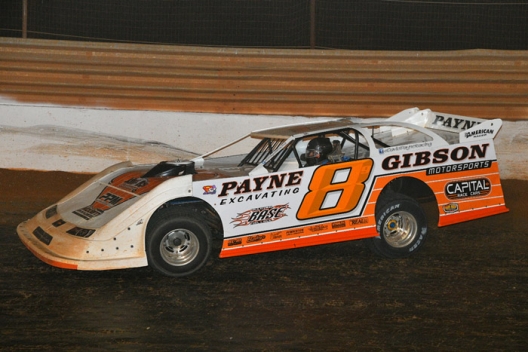 TAZEWELL, Tenn. — David Payne found himself starting up front Saturday at Tazewell Speedway with the nation's two hottest drivers in the second row.

The result? Jimmy Owens and Brandon Overton simply couldn't keep up with the unheralded racing schoolteacher from Murphy, N.C. Payne led all the way in the Toyota Knoxville 50 to collect a career-high $10,000 payday in an event co-sanctioned by the Schaeffer's Iron-Man Late Model Series and Schaeffer's Southern Nationals.

"This is unbelievable," Payne said in victory lane. "We've been coming here for a long time, this Capital Race Car, Jay Dickens (engine), American Race Tires, this thing was on a rail all night long. I could go just about wherever I thought I needed to go, and man, it was just a great night."

Owens, of Newport, Tenn., was running second on lap 45 when he pulled up with a flat left-rear tire, and Overton, of Evans, Ga., likewise had a flat tire on the final circuit, costing him two spots in the finish as he crossed the line fourth. Polesitter Tyler Millwood of Kingston, Ga., rounded out the top five at the nation's highest-banked quarter-mile dirt oval.

Payne, a 2018 Iron-Man Series winner at Tazewell, led comfortably most of the way and was never seriously threatened in collecting his first five-figure payday. Two cautions in the final eight laps, including for the flat tire of Owens, caused a few tense moments, but Payne held on.

"It did get me out of lapped traffic, but those restarts, you never know what somebody's going to try to do when you get bunched back up," Payne said. "Hat's off to those guys behind me. I know Owens and Overton, those guys have been hot as firecrackers, and to be able to come out here and run with them."

Chilton, who started fifth but didn't break into the top five until lap 20, scored his best finish of the coronavirus-hampered season.

"It feels good to finally come out of here with a finish. We probably weren't a second-place car — were were probably third or fourth and Overton had a flat there — and it feels good to come out of here with a finish," he said. "I think this year we've raced four times and finished once. It's just been silly stuff every week. Bobby, he went over this thing, he spent a lot of time going over it, and we found three or four things wrong.

"I feel like we've got a pretty good piece again. I was just a little bit free (exiting turn) two there. I needed to be able to lead a little bit better. I felt like I was as good as anybody down in (turns three and four). Congrats to David. He drove a heckuva race. If I couldn't win, I wanted to see him win. That's good for American Racer to be first and second here. Maybe that's a sign of good things to come."

Strickler made up stready ground and restarted seventh on the final restart, gaining four more spots in the waning laps.

"That's why I love this place, you get to go up top and rip around that cushion," he said. "I got my first win for Wells (Motorsports) here, and ever since then, I love coming here. This is exactly what we needed starting 52nd or whatever it was tonight and getting up here to a top three. That's definitely what the team needed.

"We've been working really, really hard there at the shop, Vinny and Austin, Kenny, Jerry, everybody, Steve came back down and helped us with tires tonight. I know my parents are watching and my wife and kids are here, in front of his awesome crowd. Any time we get a high-banked place where I can ripd around the top, I love the opportunity for that."

Besides the caution for Owens, two earlier yellow flags slowed the action, first the 31st lap when Jordon Horton slowed between turns one and two and again on lap 43 when Dakotah Knuckles had a flat tire.

Notes: Half the 22 starters completed 50 laps. ... Donald McIntosh of Dawsonville, Ga., ran fifth the first 19 laps, slipped back to sixth and retired at halfway. ... Brian Smith of Barbourville, Fla., pitted during the lap-31 caution to change a flat tire.