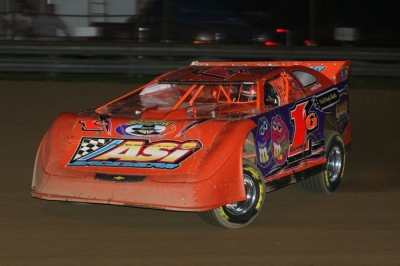 MERCER, Pa. (May 26) — Making just his fifth Crate Late Model start, hometown driver Frank Guidace led all 25 laps of the Steel Valley Memorial Day Classic for a Fastrak Racing Series Northeast victory at Mercer Raceway Park. The 2006 Mercer modified champion used the outside to grab the lead from polesitter Tommy Snyder Jr. and never looked back for a $1,200 victory. | Slideshow

Notes: Guidace's Lazer Chassis is sponsored by Shadow Shocks and ASI Racewear. ... Guidace's car picked up a vibration in the closing laps when mud got packed in his wheel, allowing his pursuers to close in. ... Guidace has 14 career feature victories at Mercer. ... Tommy Snyder Jr.'s run up front ended when he was put to the rear for triggering a six-car accident on a bad start. ... Jon Law ran among the leaders early but ended up 18th.