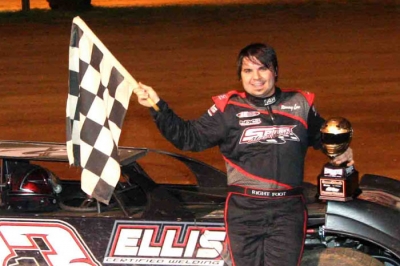 “I want to thank Evan Ellis for letting me borrow this car for the weekend, as I’m getting my car ready to run next weekend in Wisconsin,” Hollingsworth said. “The car was fast right out of the trailer and it really helped us in the championship battle.”

Hollingsworth now leads Johnson by eight points in the battle for the Crate Late Model tour’s $20,000 championship. Justin McRee of Cottondale, Ala., finished sixth in Friday’s event to move to the third in the standings.

Friday’s race served as the first leg of a weekend doubleheader in Tennessee for NeSmith Series competitors. The tour moves to Clayhill Motorsports Park in Atwood for a $2,500-to-win event on Saturday.