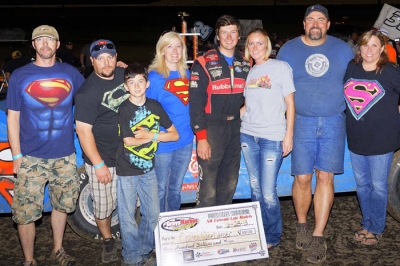 Winebarger rallied from the tail for a victory over former series champion Greg Walters, Joe German, Jerry Schram and Jason Johnson in a non-stop 30-lap feature.

Schram led through the 20th lap but Winebarger, who started on the sixth row in the 12-car field, took over and led the rest of the way.

The tour returns to action Saturday at Grays Harbor in a race sponsored by the Elma Chamber of Commerce organization.