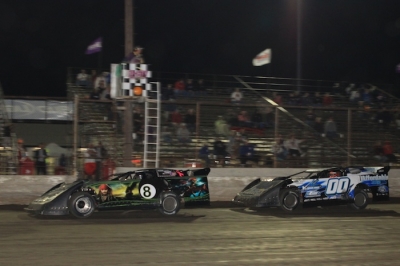 Aaron Heck, who started on the pole of the 24-car feature, was sixth. Kolby Vandenbergh of Ashland, Ill., won hard charger honors with his 20th-to-seventh run.