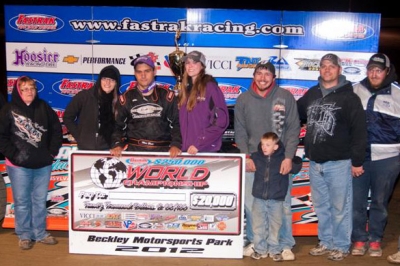 The 22-year-old Blair, a weekly points and Fastrak Northeast regional winner with Fastrak, reached the apex of the organization with his 75-lap victory from his outside front-row starting spot that paid $22,000. The victory was his 34th overall of the season. | Slideshow | Prelims

Wayne Robertson of Corning, N.Y., who started 21st, was fourth and tail-starting Chris Meadows of Crab Orchard, W.Va., rounded out the top five.