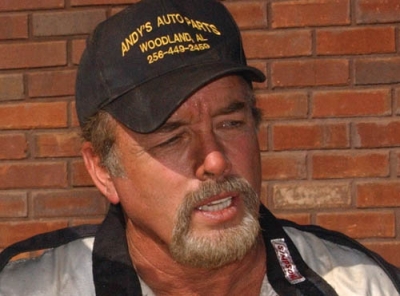 Dana Eiland of Salem, Ala., and Lucky Keeton of Toomsuba, Miss., lead their respective regions of the NeSmith Chevrolet Weekly Racing after the first four weeks of the season. A total of 222 different drivers have competed in series action over four weeks of competition.

Eiland picked up his fourth straight top-five finish with a second-place effort behind winner William Thomas of Phenix City, Ala., on April 18 at Penton (Ala.) Raceway and has tallied 182 points to hold a 12-point lead in the East Region over Richard Stephens of Phenix City, Ala. Anthony Meadows (15) of Lanett, Ala., is third, Larry Harrod (128) of Plains, Ga., is fourth and Montana Dudley (127) of Phenix City is fifth.

Keeton finished second April 19 to Talbert Goldman of Meridian, Miss., at Whynot Motorsports Park near Meridian. Goldman stopped Keeton’s winning streak at four, and moved into the fourth spot of the NeSmith Chevrolet WRS West Region with 172 points. Keeton, the defending West Region champion, has 240 points and a 42-point lead over Herman Reynolds of Laurel, Miss., and Shannon Lee of Lumberton, Miss., who are tied for second with 198 points. — Roby Helm

FASTRAK WINNER MAKES HISTORY AT MERCER: Making his debut in Fastrak Racing Series Crate competition, Frank Guidace made history April 19 at Mercer (Pa.) Raceway Park by becoming the first driver in the track's 57-year history to win in five different classes of cars. Guidace also has victories in the big-block, six-cylinder, sportsman, and 358 modified divisions and broke the tie with Yip Robinson, Alan Dellinger, and Lonny Riggs, who were also victorious in four different classes of cars. "That's an honor because I love this place and I've come here since I was kid," the hometown driver said. "These cars are really a lot of fun. They are a world of a difference (from modifieds) as the brakes are different and they roll over different. I didn't think I could hold these guys off." — Mike Leone

MASTERSBILT OFFERS BONUSES AT TWIN CITIES: MasterSbilt Race Cars of Crothersville, Ind., will pay an extra $300 to any drivers winning Twin Cities Raceway Park's unsanctioned Crate features this season. If a week's winner at the North Vernon, Ind., track isn't driving a MasterSbilt, the $300 will build in a pot until the next MasterSbilt winner, meaning a MasterSbilt winner the following week would receive $600. — From track reports

LYON GETS REVENGE AT LERNERVILLE: Dave Lyon of Corry, Pa., won the April 15 UMP Crate feature at Lernerville Speedway in Sarver, Pa., in his first visit to the track since breaking his foot in a 2004 crash. Lyon earned $800 for his victory on the undercard of the World of Outlaws Late Model Series feature won by Billy Moyer. UMP Crates return to Lernerville May 13 and Sept. 13. — Eric J. Westendorf