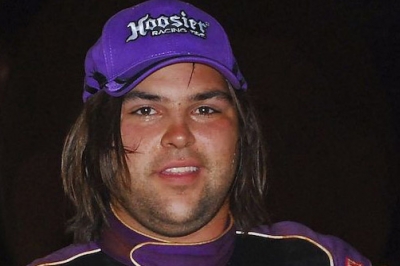 Has seven victories split between EAMS, Penton and Albany. (focusedonracing.com)

The four-race, three-track Salute To America Nationals is next up Wednesday through Saturday for the NeSmith Chevrolet Dirt Late Model Series, a stretch that could pay a single driver $10,000.

The racing begins Wednesday with a $2,500-to-win event at East Alabama Motor Speedway in Phenix City, Ala. Nearby Penton (Ala.) Raceway presents a pair of $2,000-to-win events Thursday and Friday while Albany (Ga.) Motor Speedway hosts the finale Saturday with $2,500-to-win race. If a driver can win all four races, that driver will receive a $1,000 bonus to pocket a total of $10,000.

William Thomas of Phenix City has eight touring victories and seven came at one of the three tracks, including an April victory in Albany.

Larry Harrod of Plains, Ga., has a touring victory at Penton along with weekly victories at East Alabama and Albany.

Two other series contenders have victories at two of the three tracks. Two-time champ and current points leader David Gentry of Murfreesboro, Tenn., has victories at Penton and Albany, while rookie Chase Edge of Lafayette, Ala., has weekly victories at both Alabama tracks.

Other favorites among the NeSmith Chevrolet Dirt Late Model Series Touring Division Top 10 drivers are Matthew Turner of Dawsonville, Ga.; Johnny Stokes of Columbus, Miss.; and VP Racing Fuels Rookie of the Year points leader Chris Cantrell of Chester, S.C.. All three are among the top five in points.

Jake Teague of Oliver Springs, Tenn., is eighth in the NeSmith Chevrolet Dirt Late Model Series points and has had July 7 at Albany Motor Speedway circled on his calendar ever since April. He's looking for revenge to capturing the one that got away as he led all but the last 200 feet of the April 27 event.

Michael Blount of Sumrall, Miss., ninth in series points, and 10th-place Ronnie Cooper of McKenzie, Tenn., are expected for the four-race Salute To America Nationals, along with rookies Cody Kierre of Beebe, Ark., and Justin Summers of Greenback, Tenn.

Joey Thomas of Seale, Ala., has six victories at East Alabama, Chad Wallace of LaGrange, Ga., has a pair of victories at Penton and among the Albany winners are Moultrie, Ga., drivers Kitt Sealy, Kyle Bridges and Kelly Walker.