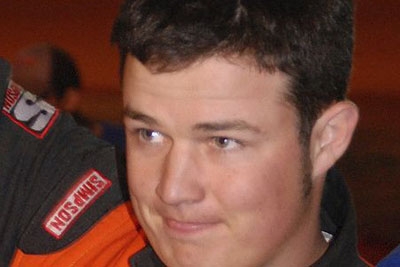 Plenty of drivers have tried their hand at chassis building. And plenty of those drivers have struggled in during early outings in their new cars.

But that’s not the case for Justin McRee. The Crate Late Model ace from Cottondale, Ala., designed and built his own chassis in his shop over the offseason and has already scored two victories in six starts in his new High Roller Chassis this year, including winning his debut in the car during a Crate Late Model special event March 10 at Whynot (Miss.) Motorsports Park.

The early success isn’t too surprising, considering McRee, 26, has worked to develop his car’s design for a number of years. A former employee of veteran driver and car builder Mike Boland of Cuba, Ala., McRee tested his ideas on the Trak-Star Race Car he drove over the past few seasons before teaming with veteran asphalt Late Model crew chief Buster Cardin to build his own chassis.

“I learned a lot working with Mike, but I was trying some different stuff that we didn’t both see eye-to-eye on how it worked and all that,” said McRee, who hopes to start producing chassis to sell next season. “It got to a point where I figured I might as well build a car of my own so I could try some different stuff.

“It’s not that there was anything missing in Mike’s cars or any of the cars that we raced against. (Cardin) just really came in and helped my knowledge on the geometry of the cars. We decided to put one together just to see what some of the stuff we’d been trying could do and it’s come out of the box pretty strong.”

The decision to build his own race car wasn’t because of anything personal between him and Boland. In fact, McRee has stayed close with Boland even after going his own direction and leans on him for advice on occasion.

“I’ve still got a great relationship with Mike. Me and him talk probably two or three times a week,” McRee said of his former boss. “He was actually the first to congratulate me after my first win. He came over and said “feels good doesn’t it?” And it does feel pretty good not just to win, but to win in a car you built.”

Along with his victory at Whynot, McRee, who has raced Late Models for more than a decade in both Supers and Crates, added another victory March 24 at Magnolia Motor Speedway in Columbus, Miss., while also earning top five results at Columbus (Miss.) Speedway and Jackson Motor Speedway in Byram, Miss. His solid start to the season has him optimistic about potential of his new race car.

“We jumped off the trailer with this thing pretty good, and we really haven’t made no adjustments to anything,” McRee said “We’ve still got some bugs to work out, but to unload at four different tracks like that and be pretty good, it lets me know we might be headed in the right direction with what we’re doing.”

What McRee sees as the right direction may seem totally unusual to some Dirt Late Model drivers. While his new race car features the traditional four-bar rear suspension used on most of today’s Dirt Late Models, the frontend of McRee’s car uses suspension technology borrowed from asphalt Late Models.

“Some of the guys we race against might look at it and say ‘That don’t look right,’ but it’s working out pretty good so far,” McRee said of his car’s front end that includes adjustable suspension mounts and control arms manufactured in-house. “We took a lot of (Cardin’s) ideas and the stuff he’s learned from the asphalt stuff and used it. ... It might seem crazy, but I think it’s gonna work.”

McRee planned to take his new race car and its unusual design to Greenville (Miss.) Speedway this weekend for the $5,000-to-win Rumble On The Gumbo 75, but the event was postponed by wet weather. No makeup date was announced, but McRee has performed well at the quarter-mile oval in the past, with one of his biggest wins coming during the Crate portion of the track’s Gumbo Nationals in 2010.

“I think we’re gonna be good over there. The old car we had was pretty fast over there and everywhere we’ve been with the new car it’s been just a tick better than our old one,” McRee said. “That’d be a huge win. It’d be my biggest win and to get in our new car would just be awesome.”

“We jumped off the trailer with this thing pretty good, and we really haven’t made no adjustments to anything. We’ve still got some bugs to work out, but to unload at four different tracks like that and be pretty good, it lets me know we might be headed in the right direction with what we’re doing.”