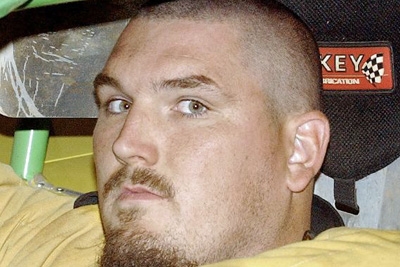 Matthew Turner of Dawsonville, Ga., will be looking to keep his annual winning streak at Greenville (Miss.) Speedway alive when he competes in his 121st consecutive NeSmith Chevrolet Dirt Late Model Series Touring event in the fifth annual Gumbo Nationals on Nov. 3-5.

Turner has two career victories on the Crate Late Model series, both at Greenville. His first came Sept. 4, 2009, in a race that featured a four-wide run to the checkered flag with Eric Cooley, Larry Boutwell and Ben McCreary. The second came July 31, 2010.

In seven series starts at Greenville, Turner has two victories, a second, two thirds, a seventh and a ninth. The second-place finish came in another close run to the checkered flag this season on Oct. 7. Turner came off the fourth turn for the finish three-wide with Johnny Stokes and Mark Tice. Stokes won the race followed by Turner and Tice.

Turner's worst finish of ninth at Greenville on Oct. 8 wasn’t because he missed the suspension setup. Turner was running fifth and headed for the front of the pack when his race car broke a cross member at the halfway point in the race. Turner limped home with a top-10 finish, and after he drove under the checkered flag, the steering box fell off the car.

To say Turner is excited about returning to Greenville for the $3,000-to-win Gumbo Nationals this weekend would be an understatement. The quarter-mile high-banked gumbo clay oval has become his second home.

“Our success at Greenville Speedway just seemed to fall into our lap,” Turner said. “We were fast the first time we went there, and we’ve used the same setup every time we’ve raced there. We’ve kept good notes that show the track is consistent in that it blows off for the main event and gives us at least three different grooves to race on. Then it’s all about my right foot.”

In the seven-year history of the NeSmith Chevrolet Dirt Late Model series, Turner is the only driver to have competed in each of the 120 races the series has held since its inception in 2005.

Turner stands third in series points behind Dan Breuer of Troutman, N.C., and two-time series champion David Gentry of Murfreesboro, Tenn., who are tied for the lead. That’s some tough competition for Turner not only to challenge for the $20,000 series title, but also to keep his winning streak alive.