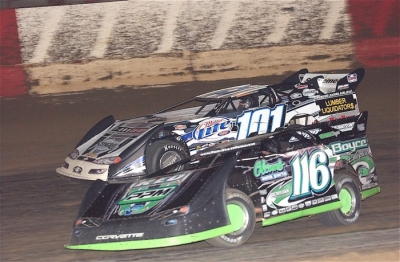 Weaver also awarded Thursday's series victory with the disqualification of Dixon, who also won the three-race weekend opener in the backup car of Jeff Mathews. The Crate Late Model engine in Dixon’s car was found to have a balanced crankshaft and aftermarket connecting rod bolts, both of which are disallowed in the series.

The engines of Weaver and Friday night’s winner Shan Smith of Dade City, Fla., were also taken apart and inspected by series officials, and both engines were ruled to by legal. Weaver finished second to Smith on Friday at East Bay.

Keith Nosbisch of Valrico, Fla., finished second on Saturday followed by Ronny Lee Hollingsworth of Northport, Ala., Smith and Mathews, of Dover, Fla.