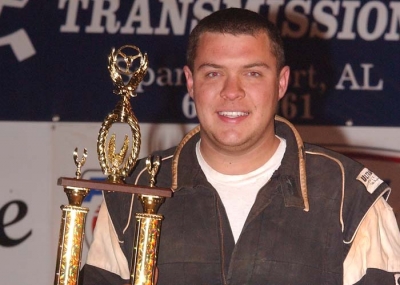 LOXLEY, Ala. (Nov. 16) — Ryan Little of Satsuma, Ala., upheld the honor of the Deep South Speedway's locals with a flag-to-flag journey to victory in a 30-lap crate Late Model feature at the Late Model Fall Nationals finale. Little, the two-time and reigning Crate champion at the 4/10-mile oval, earned $2,500 for his third victory of the season. | Slideshow | Pennington completes Super Late Model sweep

Little's victory snapped Cliff Williams’s two-race win during the three-day event, as he held off the Star, Miss., driver’s steady attempts to unseat him from the point. Williams was a constant presence behind Little’s machine but could never get much closer than a car length and appeared headed to a runner-up finish until tire problems dropped him out of the top five with less than five laps remaining. Williams finished eighth.

Little was uncontested from there and sealed the victory over Mike Boland of Cuba, Ala., Tracey Sutton of Flomaton, Ala., Cody Smith of Holt, Fla., and Mark Clifton of Brewton, Ala.

“I was worried about (Williams) on restarts because he’s been running pretty good here the past two nights,” said Little, the son of veteran asphalt and dirt Late Model racer Randy Little. “We started from the outside of the front row tonight and got a pretty good jump at the start, and we didn’t have no trouble. This is a really great way for us to end the season.”

Correction: An earlier version of this story reported the track as a quarter-mile oval; it's 4/10-mile.