Information provided by: Series and track reports (last updated May 22, 7:51 am)
Mass captures NLRA opener at I-94 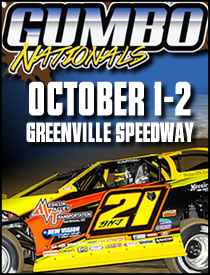