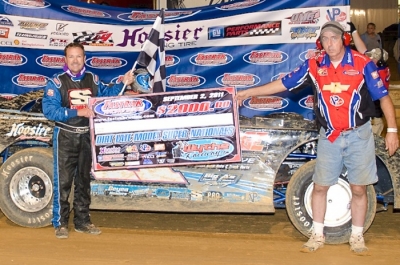 Smith led flag-to-flag in the event that was the first round of a doubleheader weekend for the series at the half-mile racetrack. Hometown driver Brandon Umberger was second at the finish followed by Travis Blackwell of Lyman, S.C. Matt Long of Concord, N.C., and Jake Eaton of Bland, Va., rounded out the top five.