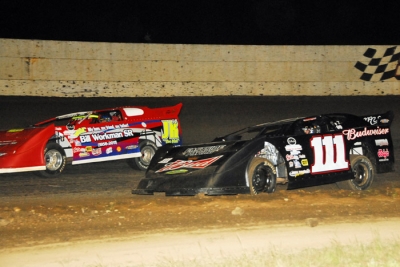 That was the only caution as Tanner led Workman throughout the race. Workman summoned a last-lap challenge on the outside coming to the checkered flag but it fell short.

Jason Wines of Lebanon, Ore., was third followed by Gret Walters of Banks, Ore., and Jerry Schram of Vancouver, Wash.

Notes: Tanner is sponsored by Budweiser and Jody’s Bar & Grill. ... Nine drivers finished on the lead lap. ... Mike Kelley was the only driver who failed to finish; he completed five laps. ... Russel Schultz missed time trials while his team solved an issue with a stuck throttle. ... The series returns to action July 9 at Willamette Speedway in Lebanon, Ore.