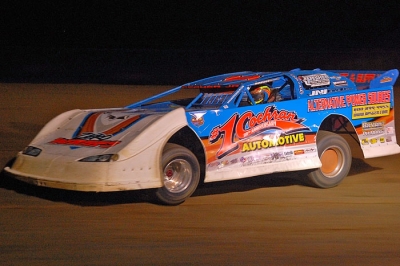 "We really like coming here, but we always struggle for some reason or another," Pegher, 25, said after his victory. "It helps to start up front, but Steve (Dixon) is always good here. This will definitely help us in the points. This is a real honor winning this race, and I have to thank everyone that helps me on the car and all my sponsors for making this possible."

The victory is Pegher’s 10th on the fourth-year series, moving him within one of Blair's series-leading 11 victories. It is also his second victory of the season and puts him within eight points of Blair's points lead.