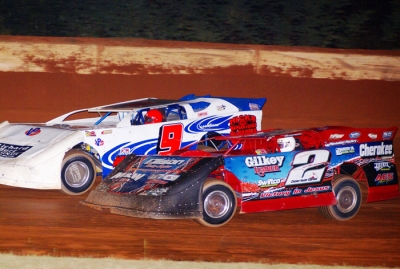 Steve Hendren was third followed by Larry Blankenship and Atkins. The third and final Dirt Wars event is scheduled for Sept. 25 at I-77 Speedway in Chester, S.C.