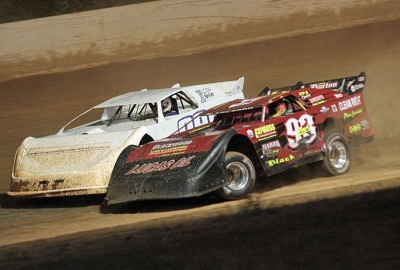 JUNCTION CITY, Ky. (Sept. 3) — Hometown driver Todd Coffman led all but one lap at Ponderosa Speedway, but he lost an Indiana Late Model Series event at the scales Friday when he weighed in too light. His disqualification handed the Crate Late Model touring victory to Zak Blackwood of Columbus, Ind.

Blackwood earned $1,000 for his third victory in the last four series races.

P.J. Feistritzer got second followed by John Mulligan, who led the first lap. Joe Godsey and Jeff Johnson rounded out the top five as the series made its first stop of the season at the 3/8-mile oval.