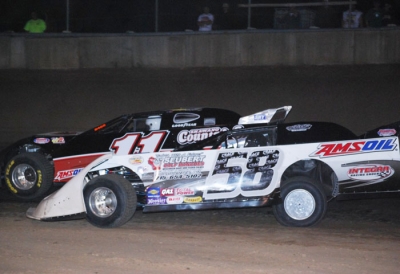 Jeff Curtin of Shawano started on the pole but didn't last long up front, looping his car exiting turn four and handing Diemel the lead. Diemel led the rest of the way with Justin Hirt of Tigerton, Wis., and Dave Fieber of Neevah, Wis., chasing him to the finish.

Diemel gave the trophy to the Parsons family after the race, which honor the daughter of announcer and track promoter Steve Parsons, who died in an automobile accident.