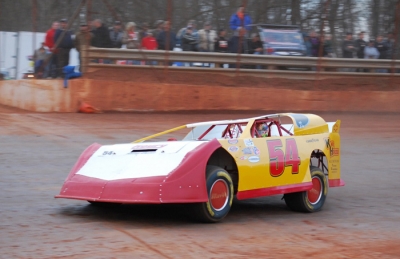 Davenport overtook leader Lee Cooper of Greer, S.C, midway through the 50-lapper and took the checkered flag first, but he was later stripped. Moving up to second was Cooper with Chris Steele of Rock Hill, S.C., third and hometown driver Carey Craft fourth.

Correction: An earlier version of this story reported Davenport as the winner; updated with Timms winning.