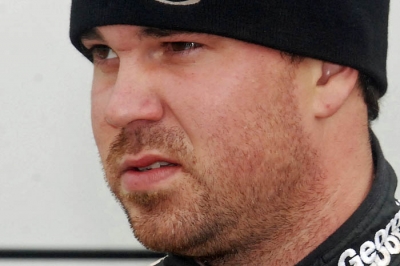 A lot can change in a year. Just ask Jonathan Davenport.

A year ago, the Blairsville, Ga., driver entered the National 100 at East Alabama Motor Speedway in Phenix City, Ala., riding the momentum of one of 2011’s most impressive hot streaks. This weekend, Davenport returns to East Alabama’s unsanctioned special event looking for his first Super Late Model victory since the second race of the year.

The 2012 season has indeed been a stark contrast from his stellar 2011 campaign. But a trip to East Alabama may be just what Davenport needs to end his lengthy winless skid.

Davenport, who posted his fifth major-event victory in five weeks when he claimed his second National 100 trophy last November, has won a total of $40,000 in his two most recent visits to the high-banked, 3/8-mile oval, including his $25,000 National 100 triumph, a $5,000 Crate Late Model victory the same weekend and a $10,000 Alabama State Championship Race victory in October of last year.

“That’s definitely one of my favorite racetracks for sure,” said Davenport, whose sweep of last year’s National 100 and Alabama State Championship was a feat he also accomplished in 2009. “Anytime I go to East Alabama I feel like I’m a threat to win. I’ve won the National 100 twice and I’ve (entered the National 100) twice. So I feel like we have a pretty good shot anytime we go there.”

Davenport may have enjoyed plenty of success at East Alabama in recent trips, but circumstances are much different this time around. After two and a half years of driving the house car for legendary chassis builder Barry Wright, Davenport moved to Clint Bowyer Racing over the offseason for a chance to tackle the Lucas Oil Late Model Dirt Series. The season started out positive with a pair of unsanctioned Speedweeks victories at Golden Isles Speedway in Brunswick, Ga., and Waycross (Ga.) Speedway, it’s been a mostly uphill battle from there.

Davenport had the luxury of driving familiar Barry Wright Race Cars with his new team, but he struggled to adjust to new tracks and the rigors of following a national tour. He did win Lucas Oil’s Rookie of the Year Award, but only managed a seventh-place finish in the series standings and only reached victory lane in Crate Late Model action on one the tour’s off weekends.

“I knew it was gonna be tough and it would be a big learning curve,” Davenport said of his first national-touring season. “But I really felt like I was gonna do better than what I did. At times I even struggled to make the race or run in the top 20.

“We just got off there in the middle part of the year. We had so many races back-to-back away from the home where I was used to being able to come back to the shop and regroup. We never were really able to do that.”

Davenport’s return to East Alabama will at least have one thing in common with his prior success there. He’ll enter this weekend’s event driving a second Barry Wright house car as a teammate to full-time house car driver Steve Francis of Ashland, Ky. Davenport’s reconnection with Wright’s team is a chance for him to test a newer, development version of Wright’s cars to determine whether or not his Clint Bowyer Racing team would prefer to update to the new-style car for next season.

“It’s definitely a good deal for me,” Davenport said. “I just wanted to go drive this new car just to see what it’s like and see if we wanna get one like it for next year or get one like we’ve had this year.

“It’s cool to get to race with Barry and those guys. Me and Barry, we’ve stayed close even though we was on different teams this year. We still parked together and called each other two or three times a week and talk about things.”

Even after his frustrating season, Davenport returns to East Alabama as confident as ever. He’ll look to turn that confidence into a much-needed victory and momentum boost as he attempts to join National Dirt Late Model Hall of Famers Scott Bloomquist and Jeff Purvis as the race’s only three-time winners.

“Even when I’m struggling, I still feel like I can win anywhere I unloaded. So I’m definitely heading down there feeling pretty good about it.” Davenport said. “To go back down there and win again, it would definitely be a boost. You know, that would make us walk with our heads a little higher during the offseason and just have something to look forward to and to build on for next year.”