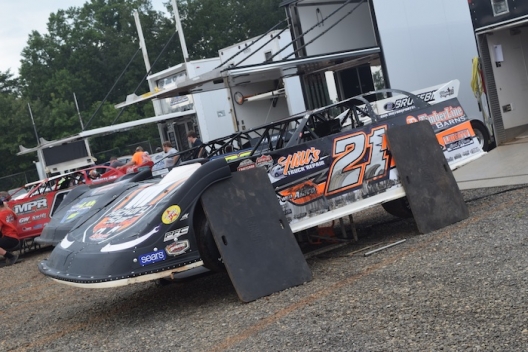 With steady rain starting to fall shortly after opening ceremonies, Friday’s Schaeffer’s Southern Nationals Series event at Smoky Mountain Speedway in Maryville, Tenn., was washed out. No immediate makeup date was announced for the $5,300-to-win program. The series points chase will wrap up on Saturday with the $10,000-to-win finale at Tazewell (Tenn.) Speedway.

With the three previous Smoky Mountain Southern Nationals winners absent from Friday’s field, the track will have a first-time series winner tonight. … Dakotah Knuckles of Ewing, Va., is making his first series start of the season on Friday night. He notched a sixth-place finish in April’s World of Outlaws Craftsman Late Model Series action at Smoky Mountain. … Among other drivers making their first series start of the season at Smoky Mountain are Eric Hickerson of Linden, Tenn., Lamar Hinkle of Knoxville, Tenn., and Sammie Russell of Madisonville, Tenn. … Robby Moses of Maryville, Tenn., has rejoined the field for Friday’s program. Teammate Shanon Buckingham of Morristown, Tenn., remains idle. … Hometown driver Tommy Kerr is on hand for Friday’s show. He scored his first career Southern All Stars victory at Smoky Mountain back in June. … After posting a runner-up finish in the July 17 series event at 411 Motor Speedway in Seymour, Tenn., Eric Wells of Hazard, Ky., is back with the tour for its final two events.

The Schaeffer’s Southern Nationals Series moves to Smoky Mountain Speedway in Maryville, Tenn., on Friday for the second-to-last event on the tour’s 2018 slate. The miniseries returns to the red clay oval, located just outside of Knoxville, for the first time since 2015.

Brandon Overton of Evans, Ga., scored his fourth Southern Nationals victory of the season on Thursday night at Crossville (Tenn.) Speedway. The reigning series champion has had past success at Smoky Mountain, capturing a World of Outlaws Craftsman Late Model Series victory at the Maryville, Tenn., oval last year.

Friday’s program will include hot laps, time trials, two last chance heat races and the 53-lap main event. The top five cars from each qualifying group will be locked in to the feature, with the top five finishers from each last chance heat transferring to the main event. Provisionals will set the final row of the 22-car starting field. The Durrence Layne Chevrolet Series for Crate Late Models is among other divisions that will be in action.