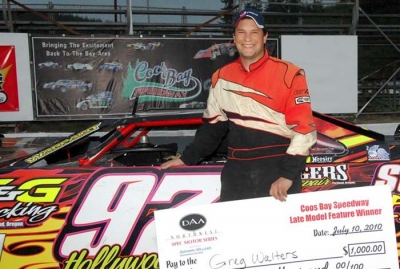 Billy Workman Jr. had a straightaway lead erased by a caution for Brittany Ray’s turn-four spin late in the race, and Walters restarted third behind Workman and Jimmy Schram. Walters took second from Schram on the restart, then overtook Workman for the victory. | Slideshow