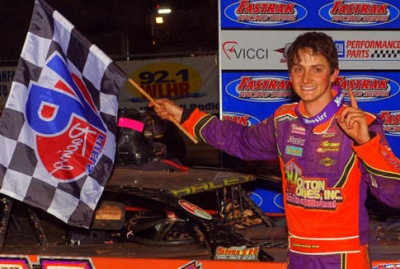 Editor's note: A week after the race, Brandon Haley was stripped of his victory for using a chemically-altered tired. Haley lost his earnings and was fined $2,000 by Fastrak.