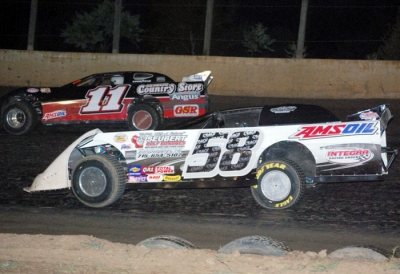 Notes: The track hosted Racing for a Reason Night, raising more than $1,600 raised for cancer research. .... Legendary NASCAR driver Marvin Panch, a native of Menomonie, Wis., was on hand and spoke to fans about his career and his take on the night's racing during intermission. ... Scott Naset, pit car chief for Kevin Harvick, competed in the night's action in the Midwest Modified division.