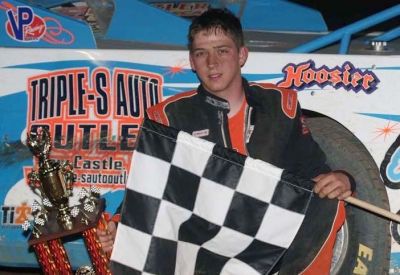 Blair led the first six laps of the topless event before the 23-year-old Pegher took command and led the rest of the 25-lapper for a $1,500 payday. Pegher, who won last year on the series at Ohio's Raceway 7, becomes the sixth driver to win multiple races in the three-year history of Fastrak Northeast.