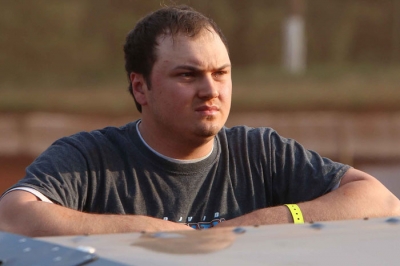 But after a hot start to the season, the 21-year-old driver has already notched two victories on the 2017 edition of the tour and he has no intentions of slowing down. | RaceWire

“We started off at Cherokee at the beginning of the year for the Southern All Stars race and wasn't really that great,” Mitchell said. “We went to Carolina the following weekend with the Clash and had a good run, got second. And the following weekend, we went to Fayetteville, and set fast time picked up the win. And then of course, (Saturday) night we won the Friendship set fast time, and picked up the win also. We just had a great car, the new Longhorn is just phenomenal. It's got great stuff and I’ve had great help this year. It just seems like everything is kind of going our way right now and I hope it stays that way.”

Mitchell has been eyeing another Carolina Clash victory for the past few seasons. His first career tour victory came on Sept. 1, 2013 at Cherokee Speedway in Gaffney, S.C.

“It's been a long time coming,” Mitchell said. “The past couple years we've really been pretty competitive with them, but just had bad luck. There we a few times I'd be leading a race …  last year I was leading the King of the Carolinas and ran hot. We've had fast race cars in the past, but nothing like what we've been here in the past month. I hope we can keep it this way and maybe have a few more wins this year.”

Mitchell made the switch to Longhorn Chassis near the end of the 2016 season. While radiator issues made it difficult for him to get the car dialed in last year, that problem has since been solved. It’s hard for Mitchell to put in to words just how much his racing program has improved since making the chassis change.

The South Carolina driver kicked off his 2017 campaign at Cherokee’s March Madness. Starting 22nd, Mitchell rallied to finish 12th. While the night was somewhat disappointing, a solid run the following weekend was a turnaround, giving Mitchell a boost of momentum heading in to late-March Clash action.

“We started off terrible, but as the night went on we picked up a little more speed,” Mitchell said. “We had a faster race car but where we finished, but it wasn't our night. It got us down a little bit but when we went into Carolina had a pretty good run and that kind of got us back up. These last two races have definitely picked our confidence up.”

Mitchell knows how important it is to start the season off right. Two early season victories means a lot heading in to the rest of the year.

“It means the world,” Mitchell said. “When you start the year off bad and not running good, it brings your funding down, it brings your confidence down, everything. It hinders everything and you just find yourself in a jam, behind the eight ball, and it's just hard to overcome that.”

But Mitchell doesn’t find himself in that position in 2017. He currently tops the Carolina Clash standings with plans to finish out the remainder of the tour.

“Of course we want to win like the Carolina Clash, but most of all we just would like to win as many races as we can,” Mitchell said. “Keep on digging and see if we can pull a few more out of the hat.”

“It's been a long time coming. The past couple years we've really been pretty competitive with them, but just had bad luck. There we a few times I'd be leading a race …  last year I was leading the King of the Carolinas and ran hot. We've had fast race cars in the past, but nothing like what we've been here in the past month.”