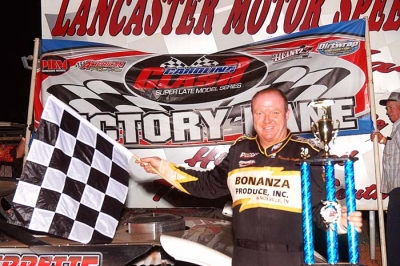 Ricky Weeks of Rutherfordton, N.C., finished third followed by Jeff Smith of Dallas, N.C., and Jonathan Davenport of Blairsville, Ga., who started outside the front row but fell back.