Thrash gets springboard for run at MSCCS title 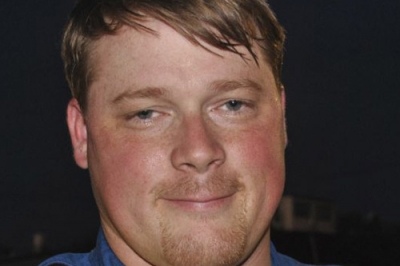 The 34-year-old Meridian, Miss., racer qualified for both feature events on a weekend when nearly 50 cars were packing the pits.

"I have mixed feeling about this past weekend at Magnolia,” Thrash said. “Don’t get me wrong, I was ecstatic to make the races both nights through heats and not have to run B-Mains, but Friday was great. I could not have asked for a better run. We ran 10th, trying to pass Scott Bloomquist for ninth at the end and there with (John) Blankenship, (Billy) Moyer and (Jonathan) Davenport right there in front of us.

"Saturday, I blame that (18th-place) finish all on myself. I just was not as aggressive at the beginning of the race like I needed to be. All in all, it was still a great weekend for us, so we'll take it.”

Thrash was among several Mississippi State Championship Challenge Series regulars getting the rare opportunity to battle for $20,000 in winning purses. But only Thrash, Jimmy Cliburn of Star, Miss., and two-time MSCCS champion Chris Wall of Springfield, La. — Friday’s $7,500 winner — made both feature lineups.

"These guys that race around here are not pushovers,” Thrash said. “As a region, we take our racing very seriously. Some of us do more than we should, but those big name guys know when they roll in down here, that we not going to let them have a cakewalk against us.”

With NDRL action behind him, Thrash returns to the MSCCS grind Saturday at St. Tammany Raceway in Lacombe, La. Thrash is in a tight battle at the top of the series standings tied for third, only 25 points behind leader Rick Rickman. Thrash, the 2006 MSCCS Rookie of the Year, has a pair of fourth-place finishes in two events as he looks for his first series victory since June 16, 2012.

"We lack the funding that most of the guys we are racing with have,” Thrash said. “It would be great to be able to race week in and week out without worrying if we can get some new tires this week or not.

“We been getting better every week this year. When you have the results to back it up, it makes spending money on stuff to get the car faster, easier to swallow. (His father Charles, MSCCS’s series director) spent a lot of money on this new car over the winter and we are still learning it.

“We built this new car in 10 days leading up to the first race at Whynot Motorsports Park (on March 29), where everybody else is either in a car they raced last year with a good notebook to fall back on or already raced their new car a couple times this season. Our team had zero laps until the hot laps of the MSCCS event at Whynot.”

Thrash has only twice finished outside the top five in MSCCS standings (2007, ’13) since his rookie campaign.

"We just have to keep plugging along, doing what we are currently doing and not make mistakes like in years past, which are mostly my on-track mistakes. We have to keep the pressure on them guys and keep improving every week,” Thrash said. “We will win one here before too long. We have Colin Davis back as crew chief and he takes care of the day-to-day business on the car, like tires, cleaning and maintenance — so that’s a huge help.

“I think our chances at the title this year is as good as anybody's, but it is too early to worry about that. Our main goal is to just keep on having fun. I don’t think you will find another series anywhere with a tighter group of guys than what we have, we go just about everywhere, every week and race together.”

Thrash, who pilots a Rocket Chassis with a Jay Dickens Racing Engine, is quick to thank his parents Charles and Jannie, his wife Leanne, Davis and his Uncle Don Thrash, whose Thrash Pest Control is among team sponsors.

“I believe my entire family races, so we truly live and breath racing, so their help and support for the rest of them, means a ton,” Thrash said, “along with the sponsors that help us, like Structural Steel and TomKat of Chunky, Miss., Hoosier Racing Tire, Five Star Bodies, Miller Lite the last five years and X-Treme Graphics by J-Rod, which has made that old yellow car look good for about 10 years now. Jeremy Collins has become a great friend of mine.”

While he's on the same team as his real family, he enjoys the weekly battles with his “racing” family.

“I really enjoy going out there racing with a group of guys, that I consider my extended family,” he said. “We may not always agree on what happens every night, but by the next weekend, we are usually laughing and carrying on again, so I just want to keep having good runs and more fun. We will just let the cards play out and see where we are around October.”