From track, team and series reports 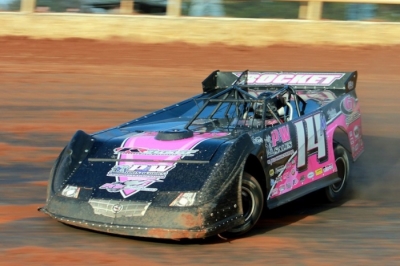 Morgan Bagley gets up to speed at Lone Star. (Best Photography)

KILGORE, Texas (Nov. 30) — Former series champion Morgan Bagley of nearby Longview, Texas, led all the way from his pole position Saturday at Lone Star Speedway, collecting $5,000 for his victory in the season finale on the P&W Sales Southern United Professional Racing. | Slideshow

Bagley, who lost last year’s Turkey National at Lone Star when he broke an axle after leading most of the race, took the checkers ahead of SUPR champion Rob Litton of Alexandria., La.

“Tonight was just a great way to make up for last year’s bad luck in this race, and it’s great to end our year with a big win,” Bagley said in a team press release. “After a year of staying on the road with (the World of Outlaws Late Model Series) and going to a lot of new places, it was awesome to come home in front of so many friends, family, and sponsors to get this victory.”

Shane Hebert of Lafayette, La., was third in Lone Star’s 50-lapper followed by Robbie Stuart of DeRidder, La., and Allen Tippen of Minden, La., in a race where SUPR competitors ran roofless.