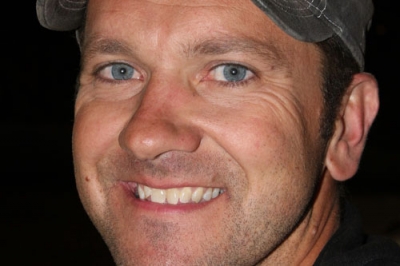 The two-time World 100 winner from Muscatine, Iowa, has ordered two Rocket Chassis for the 2014 season as he tries to regain confidence in his racing after scoring just two victories in 2013. | Baggett on pole at Whynot

“It’s just time for something different for me,” said the 41-year-old Birkhofer, who was invited by Louisiana driver Ray Moore to drive a car at Whynot, where he’s a two-time race winner. “Me personally, I just feel like I need to be in something else, just kind of go get a standard car that looks like it’s proven, and try to get my confidence back in myself, because that’s the biggest thing. I’m not very confident in my driving ability right now.”

While Birkhofer didn’t reveal which chassis brand he planned to pursue, his wife Alissa posted on the team Facebook page that he’s ordered two Rockets and plans to downsize to a single-car hauler in a 2014 season that may begin in January at Tucson, Ariz.

Birkhofer helped design the MB Customs cars with Jimmy and Chris Mars of Mars Race Cars, with Birkhofer and Mars scoring several crown jewel victories over the past five seasons, including Birkhofer’s World 100 victory at Eldora Speedway in 2012.

“I sold both my MB cars, you know, and had some conversations with Jimmy and Chris, but I’ll be driving a different brand next year. We’ll comment on that eventually,” Birkhofer said. “I just don’t see it as big of a deal as everybody else that I’ll be getting a different brand of car. I’m still friends with them guys, hopefully all of this will go over well.

“I sold them cars and I have to help these guys, because there’s enough friends who still have that type of race car. I’m not really going anywhere that I haven’t been before. I’m just kind of looking forward to getting it over with and getting back to racing next year.”

Birkhofer will have to run a consolation race Saturday at Whynot after finishing fifth in the fourth heat.

The announcement of the 49-year-old O’Neal’s move to replace Jared Landers on the NASCAR star’s team, joining Steve Francis, was made this week.

“It started back a month or two ago, and they approached me and asked me if I’d be interested maybe, and it just went from there,” O’Neal said. “You know, (with the) friendship side of it, it was really hard to leave the MasterSbilt family, but as a business decision, I felt like it was the best thing for my career.

“It’s a first-class operation, which, I’m not saying MasterSbilt, wasn’t — they were too. It’s just they’ve got all the resources and everything and great help, the best of everything you need. … It may take us some time, or we may start out right out of the box and win some races, but I think it’s going to be big.”

O’Neal, piloting the Louisiana-Based Childress Racing No. 71 at Whynot, looks forward to racing with Francis, a driver he outran Friday to capture the second heat race.

“That’s another reason why I think it’s going to be such a better decision for me, to have a teammate, and night-in, night-out be with the same guy, and you know, I think with both of us, the experience that we have, we can learn from each other and make us both better,” said O’Neal, who will run on the Lucas Oil Late Model Dirt Series with Francis.

“She knows I love 'em to death,” O’Neal said. “It’s sort of a sad day in that situation, but I’ve gotta look out for the future of my racing. I’m not no spring chicken anymore.”

While Brian Birkhofer failed to lock into Saturday’s feature, his car owner Ray Moore did with a second-place run in the fourth heat. Moore likes the idea of having experienced drivers like Birkhofer lend a hand. “Instead of maybe traveling to all these big national shows, trying to get better, it might be better for me to start flying them in and letting them drive some of mine, and learning that way,” Moore said. … Jeremy Payne of Springfield, Mo., and Jason Fitzgerald of Jacksonville, Fla., are piloting GRT Race Cars house cars at Whynot; Payne starts outside the second row in the main event. … Polesitter Neil Baggett of Shannon, Miss., will try to become the race’s first home-state winner since it returned to Whynot from Queen City Speedway in 2006.