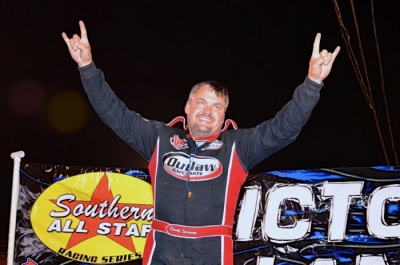 Weaver, the defending Southern All Stars champion who won three times at Talladega last season, claimed his third series event of the season and 23rd of his career in topping Ray Cook of Brasstown, N.C., at the finish. | Slideshow

Cook, who claimed a $2,000 in a tune-up race at Talladega on Friday, was followed by Brandon Kinzer of Allen, Ky., in third, while Michael Page of Douglasville, Ga., and series points leader Riley Hickman of Ooltewah, Tenn., rounded out the race’s top five finishers.