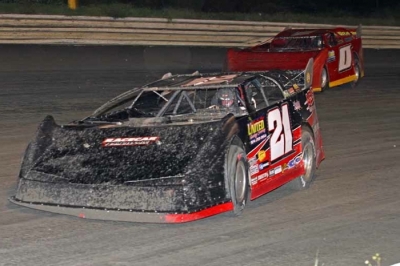 Notes: Lloyd’s Snow Bros. Race Car is powered by a United Racing Engine with sponsorship from IBS Machine Products, Augusta Delivery Service, United Racing Supply and Kar-House Radiators. ... Lloyd’s 17 career UDLMCS victories are second only to Whitener’s 19 wins on the tour’s all-time wins list. ... Jason Fitzgerald, who trailed Whitener in the series standings entering the event, did not start Saturday’s feature. ... The series takes the rest of October off before wrapping up the season with four November events. Next up is a Nov. 8-9 doubleheader at Volusia.