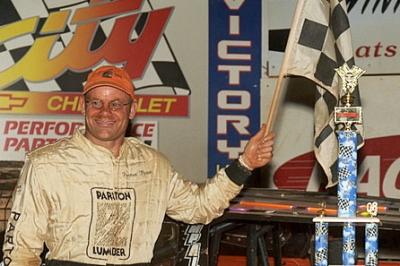 TRAVELERS REST, S.C. (May 26) — For Furman Parton, Memorial Day will be a day he remembers winning his first Carolina Clash Super Late Model Series victory. The Union Mills, N.C., driver earned $4,000 for his first victory on the series in a Monday night special. Casey Roberts of Toccoa, Ga., was second in the only series race over the holiday weekend followed by Benji Cole of Canon, Ga., Jonathan Davenport of Blairsville, Ga., and five-time series champion Ricky Weeks of Rutherfordton, N.C. "It all finally fell on the right night," Parton said after his flag-to-flag victory in the second annual Mountain Man 40. "It is one of the biggest highlights of my career it is probably the pinnacle of my racing career so far. To have a car like I had, I just have to thank all my crew, it is just special to win." | Slideshow