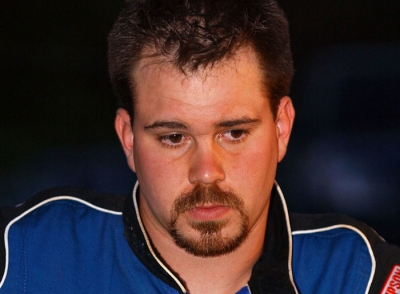 “Anthony ran me hard and clean and I just had to dodge all the wrecks by being patient," Davenport said. "I love coming and racing at my home track and just glad I could come here and win again."

White, who took the lead midway through the race before losing the battle with Davenport, fell out of contention in a lap-41 scramble and ended up 11th while Gabe Wilson of Waynesville, N.C., who took the lead when early leader Stacy Boles got into the wall on the 12th lap, finished second for his best-ever finish in sanctioned event. Billy Ogle Jr., Shane Tankersley and Rodney Weeks rounded out the top five in a race slow by 14 cautions. White and Davenport were both involved in an first-lap pileup that saw David Payne eliminated from the race after hard contact.