Baker turns back Newman at Greenville 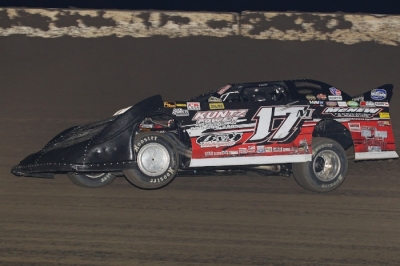 Baker led all 35 laps for a $2,000 payday in taking the checkers ahead of Newman and hard charger Ross Camponovo of Clarksdale, Miss. Clay Fisher of De Witt, Ark., and Tanner Kellick of Merouge, La., rounded out the top five finishers at the high-speed quarter-mile oval.

Baker grabbed the lead at the outset with Newman, Fisher, Kyle Beard and Camponovo giving chase. Beard slowed with a flat tire to draw a lap-three caution and Baker went back to work out front.

Newman began catching Baker in traffic as Camponovo moved past Fisher into the third spot before the caution flag flew on lap 14 for a slowing Joseph Long.

With the leaders again out of traffic, Baker enjoyed smooth sailing until lap 20, when heavy traffic again plagued the leaders.ï¿½ Newman took advantage to pull even with Baker for the lead on lap 21. The duo battled side-by-side until lap 23, when Gary Beard slowed from the sixth position with a mechanical failure.