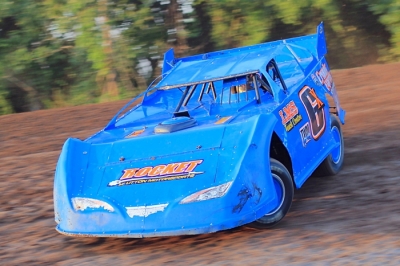 Litton claimed his second consecutive victory on the series and third of the season in beating Shane Hebert of Lafayette, La., who advanced from fifth to finish second.

Kevin Sitton of Baytown, Texas, started and finished third while Kyle Beard of Trumann, Ark., finished fourth and Robert Baker of Bryant, Ark., slid back to fifth after starting alongside Litton on the front row.

I-30 Speedway hosts the SUPR series Saturday night for a $2,500-to-win event.