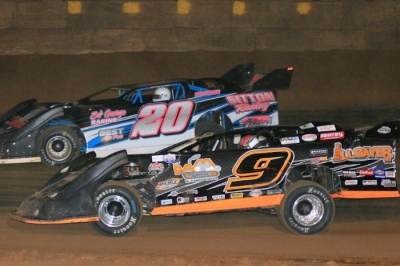 Hebert took the checkers ahead of Texans Kevin Sitton of Baytown and Tyler Erb at Magnolia with his victory at Baton Rouge. SUPR points leader Rob Litton of Alexandria, La., and Allen Tippen of Minden, La., rounded out the top five.