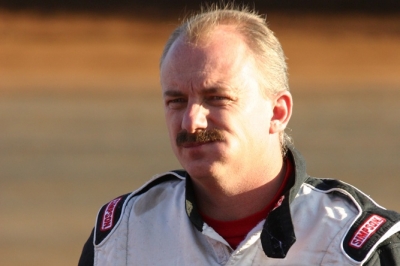 Veteran crew chief David Bryant recalls plenty of fond memories whenever he thinks back over the more than 12 years he spent working with Scott Sexton. But it was nearly a decade after his final season with Sexton that Bryant experienced the one memory that he’ll treasure most when he remembers the popular east Tennessee driver who died Thursday at the age of 46 after a lengthy battle with a genetic blood disorder. | Slideshow

Although Sexton's declining health forced him to retire from racing in 2011, the Pigeon Forge, Tenn., driver felt well enough last August to climb behind the wheel one more time. Bryant was more than happy to oblige his close friend and let him drive his two-seater Late Model one hot afternoon at Smoky Mountain Speedway in Maryville, Tenn. It was the last time Sexton drove a race car.

“Last summer he was having a good week and decided he wanted to get in a race car,” said Bryant, who worked with Sexton at various times from 1988 to 2002. “It was probably 105 degrees, but I took my two-seater to Smoky Mountain just so he could go down and drive it.

“Anytime he got in a race car he was on kill, you know, and he still had it then in my two-seater. Nobody was there but me and him and his son, but he gave it all he had and made about 30 laps that day. I think that’s the last time he sat in a race car. I’ll always treasure that, knowing that he needed it and I done it for him.”

Sexton’s successful Late Model career spanned more than two decades beginning when he moved up to the division in the late 1980s. Competing in a region that produces some of the sport’s top talent, Sexton began to hit his stride in the mid-1990s and asserted himself as one of the area’s top regional drivers by winning often on the high-banked tracks of Volunteer Speedway, Atomic Speedway and Tazewell Speedway.

He scored all 10 of his Southern All Star Dirt Racing Series victories between 1995 and 2005 with one of his best seasons coming in 2002 when he recorded a pair of $10,000 paydays in Southern All Stars action at Atomic and Volunteer.

Sexton racked up dozens of other special event trophies driving a No. 52 car primarily owned by his father Howard and was a formidable challenger any time regional or national tours ventured into his home region.

With his father battling cancer, Sexton’s family-owned team folded and he entered races more sporadically starting in 2003. He continued winning occasional specials with a solid season in 2005 that included a Tennessee Thunder victory at Tazewell and his final Southern All Stars triumph in the tour’s season finale at Cleveland Speedway.

“There’s no doubt racing has lost one of its best,” said Bryant, who now works with Tennessee-based Blount Motorsports and drivers Billy Ogle Jr. and Tommy Kerr. “I felt like we could go anywhere in the country and be competitive. He always knew that I was giving him 110 percent. And when he got in that race car, I never had a doubt he was gonna give it all he had.

“There’s lots of race car drivers in this world, but in my book he probably had the most natural raw talent of just being a race car driver and just making things happen. He had a different style than most drivers. He raced hung out and wide open, and fans loved it.”

While his knack for heroic performances on the track earned him the nickname Superman, it was Sexton’s generosity and friendly personality off the track that won him a legion of fans and friends in the racing community. Even in the later years of his career, many still considered him one of the sport’s best ambassadors, doing all that he could to make fans feel welcome.

"For a guy that was so successful as a racer, he was one of the friendliest people there was in the sport,” long-time racing photographer Michael Moats said. “One thing most people don't know about him is he gave away almost every trophy he'd ever won, usually to some kid in the stands or the pits. He told me that was a way to win a fan and help grow dirt racing. That was the kind of person he was.”

“When I started with the Southern All Stars, Scott Sexton was east Tennessee racing to me,” said Carlton, who now serves as the Ultimate Super Late Model Series director. “He was amazingly talented with a race car but he was also as friendly a person as you could ever meet. He would always roll through tech with that Skoal-laden smile and make sure he spoke to everyone. And it wasn't just a pleasantry, he was genuinely concerned and interested in what you were saying.”

Sexton’s driving career slowed considerably after 2005. He spent a few years working as a crew member and truck driver for Lucas Oil Late Model Dirt Series competitor John Blankenship before teaming up with car owner Brian King of Seymour, Tenn., late in 2009 to race and serve as a mentor to King’s young son Ryan, who was just beginning his own Late Model career.

The partnership was a good fit for both Sexton and the Kings, who like many in the racing community, were immediately drawn to Sexton’s friendly personality.

“It really worked out well and just really helped our whole program having him there,” Brian King said. “He won races for us and Ryan learned a lot from him. We’ve been real successful with Ryan since then, and I credit a big majority of that to Scott and his help.

“The thing about Scott is he was always willing to help anybody. It wasn’t just our team. If somebody needed some help, he’d give them some advice and a lot of times he even went over there and crawled under their car and made the adjustment for them. That’s just the kind of guy he was.”

Even after the extended time out of the driver’s seat, Sexton still proved to be a stout competitor after teaming up with the Kings. One of his early starts for the team produced a thrilling victory at 411 Motor Speedway’s O'Reilly Steel Head Championship in late 2009 when he drove under fellow east Tennessee standout Anthony White in the final corner and won the unsanctioned Limited Late Model special in a photo finish.

“We put the deal together and he jumped on board with us as kind of a mentor for Ryan, but I really wanted him as another driver for us,” Brian King said. “He told me several times ‘Brian, if you want me to just work more on the car instead of driving, I’m willing to do whatever we need to do.’ I told him ‘No, I want your butt in the seat too,’ because he was still winning races.”

Sexton won seven of 12 starts in 2010 while driving for King, mostly in Limited Late Model action. His failing health prevented him from competing much the following year, but Sexton did all he could to keep racing. As Bryant recalls, Sexton went to extremes to climb behind the wheel a few final times in 2011.

“I remember he was having health issues when he ran a few races that year,” Bryant said. “There was actually an oxygen bottle in his race car because he was having problems in his lungs. But he wanted to race. He’d get him a puff of oxygen under caution and go back at it. He just loved to be out there racing.”