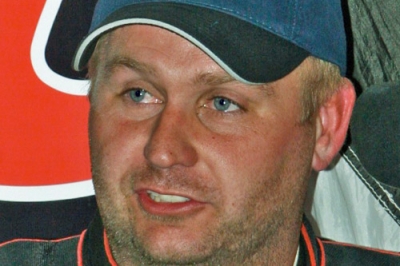 Protesting his National 100 disqualification, driver Mike Marlar of Winfield, Tenn., says he’ll put his racing career on the line with a challenge to East Alabama Motor Speedway and the track's process of inspecting tires for illegal chemicals.

Marlar, 34, says he’ll take a polygraph on whether he applied chemicals to improve the performance of a tire used to set provisional fast time at the Phenix City, Ala., oval Nov. 10. If he fails the lie detector test, he vows to retire from racing. If he passes the test, he wants a public apology from EAMS and tech inspector Tim Sims.

Marlar first issued the challenge Monday on the In the Dirt netcast (blogtalkradio.com/inthedirt) and repeated it in an interview at DirtCast.com. He plans to discuss it again on tonight’s Southern Race Report on WEKS-FM 92.5 in Griffin, Ga.

“I’m serious. I’m not doing this just out of frustration, or anger, or emotion. I just want the facts and I want people to know the facts and I want to restore my integrity,” Marlar said on In the Dirt. "And if I can’t do that, and people still think I’m a cheater, then I just won’t race any more and I’ll get out of their sport.”

EAMS general manager Beverly Thompson said the track stood by technical inspector Tim Sims, saying the polygraph was immaterial. “It’s over in my book,” she said in a phone interview. “I don’t know what we can prove by doing anything else.”

Sims, who operates the “sniffer” device that detects illegal chemicals applied to tires, penalized Marlar and three other drivers during the National 100 weekend.

“I stand behind my decision that I made Saturday night,” Sims said in a phone interview. “The sample taken from (Marlar’s) tire was six times above normal, and I stand by my decision to disqualify the tire. And I will not apologize for my decision.”

Marlar telephoned the Webb Dillard-hosted In the Dirt netcast after guests Sims and Mike Vaughn — whose NeSmith Chevrolet Dirt Late Model Series employs Sims — discussed the use of the sniffer method, proclaiming it 100 percent accurate. Sims told DirtonDirt.com at EAMS that laboratory tests, often used by other series to test tires for chemicals, have never disputed the sniffer’s results.

Marlar said he disputes its accuracy.

“For them guys to sit there and think they are 100 percent right all the time, it would just be insane to even think that,” Marlar said on the program.

“I wasn’t cheating my tires, and they’re going and making all these announcements to everybody that I am, and they threw me out of a race that I’m on the pole of, and had a legitimate shot of winning, and they just threw me out on a whim.”

Sims, who has served as a track or series tech inspector since 1995, said his process at East Alabama was no different than with the thousands of tires he’s inspected using the sniffer over the past five seasons.

“When it’s six times above normal, there’s no doubt,” he said. “I just make the decision based on what the sniffer was telling me.”

Thompson said the track’s tire-testing process was set forth in a document each driver signed when entering the event, agreeing that the sniffer would be used. Drivers were warned the track would be strict with use of the sniffer, she added, penalizing any driver whose tires didn’t pass muster.

“I can’t say what they did or what they didn’t do, but all I know is, when the sniffer goes off, there’s something there,” she said.

Inspectors using sniffers routinely warn drivers that it may detect chemicals on wheels, rims, glues, stickers and valve stems that may have previously come in contact with “tire dope,” Vaughn said in an interview.

Marlar, who has driven for Douglasville, Ga.-based Bryson Motorsports more than a year, said it’s impossible for him to know if the team’s equipment is untainted, but “I know that I did not prep any tires.”

Marlar added he wasn’t debating the track’s rules, but “I don’t think the sniffer can be judge, jury and executioner” that leaves him labeled as a cheater. That’s why he’s willing to risk his career with the lie detector test.

The World of Outlaws Late Model Series used a lie detector test as part of its investigation into the tires of Firecracker 100 winner Jimmy Mars after runner-up Scott Bloomquist accused Mars of cheating in the June 25, 2011, event at Lernerville Speedway in Sarver, Pa. Lab tests cleared the tires and Mars passed a lie detector test.