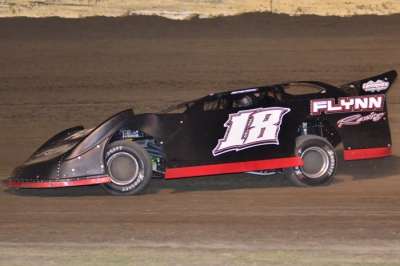 Hollingsworth and Beard, among 44 entries at the Mississippi State Championship Challenge Series event, will gun for a $7,500 winner’s purse in Saturday’s 75-lap feature event. | Slideshow

Other heat race winners in Greenville’s richest event of the season were last year’s race winner Bub McCool of Vicksburg, Miss., and Billy Moyer Jr. of Batesville, Ark., who will start on the second row Saturday.

Among other drivers locked into the first eight rows of the feature lineup are Timothy Culp of West Monroe, La., who rallied from the 11th starting spot in his heat race for a runner-up finish ahead of Klint Byars of Calhoun City, Miss., the night’s fast qualifier.

Among standout drivers scheduled to race in Saturday consolation races are Billy Moyer and Wendell Wallace of Batesville, Ark., Jack Sullivan of Greenbrier, Ark., and Morgan Bagley of Longview, Texas.

In Greenville's Crate Late Model portion of the event, Justin McRee of Cottondale, Ala., set fast time among 39 entrants and won a heat race to earn the pole for Saturday’s 60-lap feature on the NeSmith Chevrolet Dirt Late Model Series.

Notes: The event drew more than 150 cars in five divisions. ... Bub McCool was driving a backup car of Klint Byars. ... In MSCCS action, Chad Thrash rallied from 11th in the second heat race to transfer to the main. ... Kyle Beard and Brian Rickman tangled at the opening of the third heat, sending Rickman into the turn-two wall. Both were able to restart and both transfer to the main. ... Scott Dedwylder came from his eighth starting spot to transfer in the fourth heat. ... Klint Byars led the way in time trials with a 14.276-second lap. ... Visit greenvillespeedway.net for more event info.