O'Reilly Battle of the Bluegrass 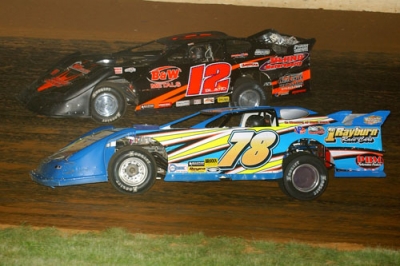 Victor Lee of Stanford, Ky., got into second with two laps remaining in the 30-lapper, but couldn't catch Marlar as Bland, of Campbellsville, Ky., settled for third after leading the first 17 laps at the half-mile oval. Tyrel Todd of Eubanks, Ky., was fourth and Don O'Neal of Martinsville, Ind., finished fifth after towing back from a Friday night rainout in Pennsylvania. Brad Neat rallied from 19th to eighth to earn the PPM Racing Products Hard Charger honors. The race was slowed by a single caution on the second lap when Jason Keltner, Dustin Neat and Ed Behn tangled in turn two near the back of the 23-car pack.