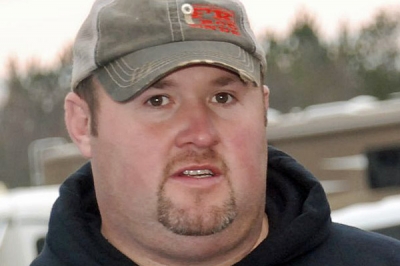 With his impressive late-summer hot streak, Dennis “Rambo” Franklin appeared to be getting on roll at just the right time to take advantage of the Carolina Clash Super Late Model Series Chase for the Championship format and claim his third consecutive series title.

After only following the series part time for most of the season, Franklin won the final two series races before the regional tour’s five-race playoff format kicked off and claimed the Chase opener on Sept. 8, at 311 Motor Speedway in Madison, N.C., launching himself to second from 12th in the series standings.

Things seemed to be rolling right along for Franklin in the tour’s second Chase event Saturday night at Wythe Raceway in Rural Retreat, Va., until a broken rear-end gear knocked him out from the lead midway through the race.

“They say it’s all about getting hot at the right time, and I think we were pretty much doing that,” said Franklin, who now sits fourth in the Clash standings, 21 points behind points leader and Saturday’s winner Luke Roffers of Concord, N.C. “I think we were gonna win Saturday night. The car was really working good, and it’s been working good here lately. We just had a little bad luck there.”

With just three races remaining, the gap between Franklin and Roffers is a wide one. Franklin knows it’ll take near flawless performances on his part and likely some bad luck for other title contenders.

“It’s a tough deal because that probably killed our championship chances right there,” Franklin said. “If Luke don’t have no bad luck and some of those other guys don’t slip up, it’ll be tough. But we’re gonna go out and try to win every race and just see how it plays out.”

Even with the setback, it’s hard for Franklin to be disappointed with the way he and his AES Racing team have performed over the past month. Along with his three consecutive Clash victories from Aug. 14 though Sept. 8, Franklin won a pair of Crate Late Model specials for a streak of five victories in six starts. In all, Franklin has racked up 12 special event victories between Crate and Super Late Model competition this season.

“Our stuff’s just clicking right now,” said Franklin, who pilots Barry Wright Race Cars for the Steve Cooke-owned AES team. “Our Super motor program is a lot better. We got a couple new motors from Clements (Automotive) and that’s really picked us up. Everything’s just working good and we’re just clicking away.”

Even if the Clash title ends up being too far out of reach, Franklin is looking forward to the opportunity to make up for it in some late-season major events.

“We’ve had a lot of luck running both the Crate and Super stuff, and that’s what were gonna keep doing,” said Franklin, whose late-season plans include Super Late Model specials such as the World of Outlaws World Finals Nov. 1-3 at The Dirt Track at Charlotte in Concord, N.C., and Crate specials like the $20,000-to-win Turkey 100 Nov. 23-24 at Swainsboro (Ga.) Raceway. “I like our chances in a lot of those big races at the end of the year, Crate and Super. Right now, I think our program’s just as good as anybody’s. You just gotta have that luck.”