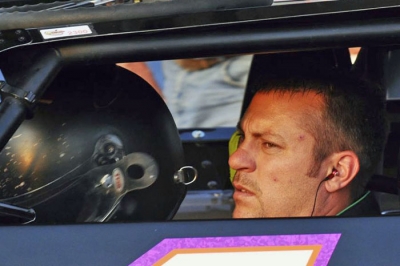 Stripped last week of a Sept. 2 series victory at Cherokee Speedway, Chris Madden of Gray Court, S.C., is continuing his protest of the Battle of the Eastern All Stars tire-testing procedures that disqualified him.

The 41-year-old Madden believes the tire samples taken from his car were potentially contaminated while series officials, who accepted Madden’s request for an appeal, say the first-year BEAST organization stands by the lab tests that show his tires didn’t meet the Hoosier Racing Tire benchmarks.

“There is a lot of conflict going on here that they are not looking at,” Madden said in a Thursday interview at his race shop. “All they have in their mind is that I cheated. That is all they are looking at. I am telling you, I did not do it. There is something wrong here. There is a problem here, and for (tour's) future, you better fix it.”

Lennie Buff, promoter of Cherokee Speedway and a co-owner of the BEAST organization with Larry Lee, said the series stands by its decision.

“I hate this whole deal has come up,” Buff said in a Saturday phone interview. "I like Chris. He has always came and raced with us (at Cherokee) and has won many of our big events.

“But the thing is, if you have a rule in place, and you don’t enforce it, then what good is it? You might as well not even have it.”

Madden is unequivocal about his innocence. “I did not put anything on those tires,” he said. The driver is suspicious of several aspects of the testing procedures, including his contentions that samples were taken with a grooving blade used on other competitors’ tires and that samples were handed by bare hands.

“There are so many different factors that come into play here,” said Madden, adding he plans to pursue legal action if he’s not reinstated by Tuesday morning. "I could have ran through something in the pits or on the track after we put the tires on the car. ... The samples could have been contaminated and not handled properly, the lab itself and any inconsistencies there.”

Buff denied that contamination of the samples was a possibility.

“As far as the way the samples were collected and handled, I believe from talking to the lab, that there was no contamination of the samples on our end,” he said.

“As soon as I heard the tires checked out bad from the lab, I immediately wanted to make sure that everything had been done right, and I believe it has. We tested and retested. The samples from the other cars that we checked all tested good. ... I stand behind the test results.”