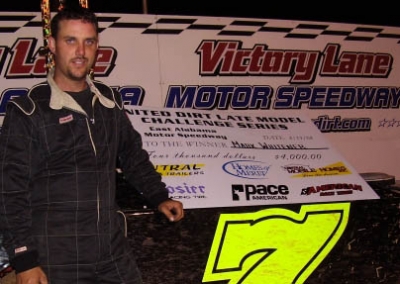 Notes: Evan Becton was the top finishing rookie in 15th. ... East Alabama's next special event is a $1,500-to-win Top Tracks Challenge race for Crate Late Models on July 4. ... UDLMCS returns to East Bay Raceway Park in Gibsonton, Fla., on April 26 to complete the April 5 event that was curtailed by rain. The series plans a 20-lap qualifier to transfer more cars into the 40-lap feature, which will pay $3,000 to the winner.