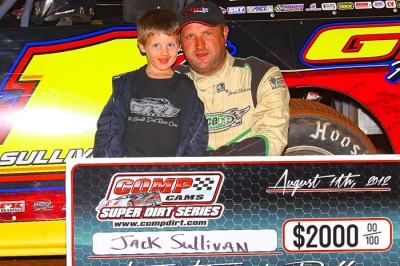 With several cautions slowing the early-going, Baker was in control until Sullivan took over on the 11th lap. Billy Moyer Jr. of Batesville, Ark., looked to be a contender, but a brake rotor malfunction forced him to retire just by the midway point. Turner worked his way past Baker for second while Sullivan became the 11th tour winner of 2012.