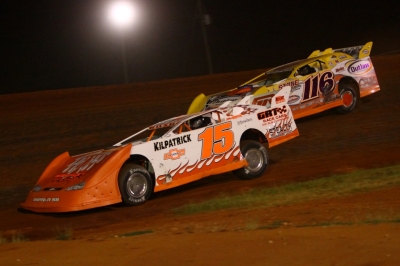 Weaver, who won his second consecutive SAS race at Talladega, was followed at the finish by Tim Busha of Boaz, Ala., in the runner-up spot and Jason Heitt of Oxford, Ala., in third. Brandon Kinzer of Allen, Ky., and Ronnie Johnson of Chattanooga, Tenn., rounded out the race’s top five finishers.

Notes: Weaver’s GRT Race Car is powered by a Cornett Racing Engine and sponsored by Outlaw Race Parts. … Weaver extended his points lead over Mike Weeks, who ran into trouble in finishing 24th. ... Weaver also won the June 23 SAS stop at Talladega. ... The series made its third of four 2012 visits to TST. ... The Southern All Star Series take a brief break before returning to action on Aug. 18 at Cleveland (Tenn.) Speedway.