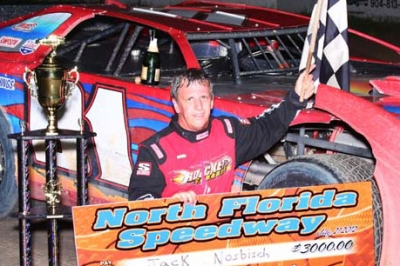 Tyler Ivey of Tallahassee, was second at the finish of the 50-lap race with Ryan VanSickle of Jacksonville, topping his brother Kyle in the battle for third. Defending series champion Keith Nosbisch of Valrico, rounded out the top five finishers.