England out until July after breaking wrist 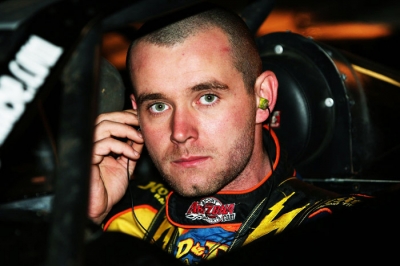 Dirt Late Model racer Michael England of Glasgow, Ky., is expected to be out of action more than two months after breaking a wrist in an April 4 accident at Screven Motor Speedway in Sylvania, Ga. England said he got his hand caught up in the steering wheel during a heat race in Lucas Oil Late Model Dirt Series competition, causing the injury.

England underwent surgery on April 8 to repair the broken wrist and doctors advised him to stay out of the driver's seat for at least 10 weeks. He expects to be racing again by July 1 if the arm heals properly.

“It got messed up pretty bad and the doctors had to use a steel plate and screws to hold everything in place,” England said. “Hopefully, it will heal quickly and I can get back behind the wheel as soon as possible.”

The 24-year-old England is winless in 2008 with his best finish of second coming March 14 at Kentucky Lake Motor Speedway in Calvert City, Ky. He missed most of Florida Speedweeks following his father David's unexpected Feb. 3 death while the team was preparing for action at East Bay Raceway Park near Tampa, Fla.